StartEngine commercials have been playing all day on CNBC and Fox Business News endlessly for weeks.  The thing is, the StartEngine Starring Mr Wonderful commercials are shockingly inaccurate.  I won’t go so far as to claim false advertising but you have to wonder.

… while the StartEngine website itself hit a record high of 100 investments just recently…. 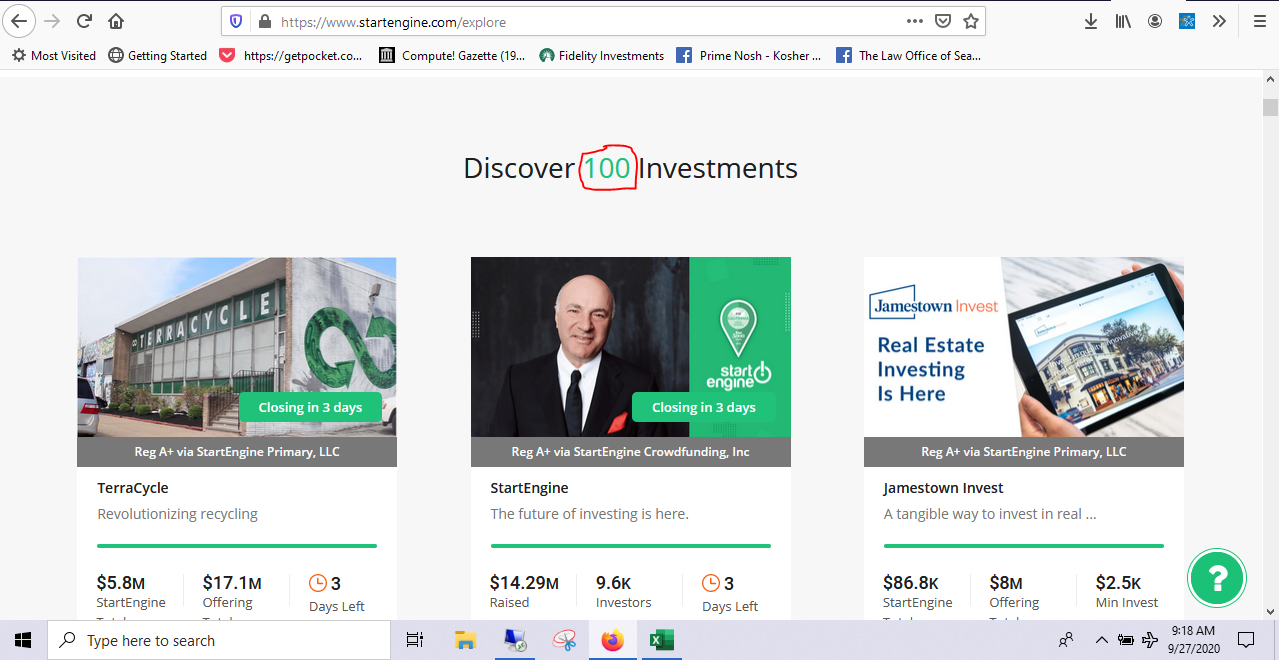 Up until recently StartEngine had dozens of campaigns – not hundreds.  And even with hitting the high watermark of 100 – that’s a far cry from 100s.  StartEngine Starring Mr Wonderful is making magic already.

For the record, I have always been a fan of Mr. Wonderful and I find myself agreeing with him almost 100% of the time on SharkTank and CNBC’S morning shows. That said, I can’t agree with  StartEngine Starring Mr Wonderful because of the blatant misrepresentation of the facts.

What’s got me rubbed the wrong way is the brush with false advertising.  While “puffing” is perfectly legal in business law, to explicitly deceive the public as to the numbers is an entirely different thing.  Mr. Wonderful is nobody’s fool.  That being true, why didn’t Mr Wonderful fact check the script before he read it in front of a camera?

I really don’t want to think any less of Mr. Wonderful and I will overlook the fact StartEngine is paying him $400,000 per year on a three year deal as well as stock options as a spokesman in his role as StartEngine Starring Mr Wonderful  With a net worth of $400 million, Kevin O’Leary certainly doesn’t need the money.

What’s got me stoked is that crowdfunding professionals like me are working tirelessly to legitimize equity crowdfunding as a viable source of funding for startups and small businesses.  Commercials like this don’t further the cause because it fails a simple fact check.  I can’t see anything wrong with Mr. Wonderful replacing the word “hundreds” with “dozens”.  The power in the message wouldn’t be diminished and the elimination of hyperbole could only help the entire equity crowdfunding space.