Ruth E. Hedges is one the world’s foremost authorities on crowdfunding and is one of the original pioneers of the legislation that was ultimately signed into law as the JOBS Act on April 5, 2012. She was honored with an invitation to the White House for its Crowdfunding Champions of Change event. Ruth created and operates the worlds first Global Crowdfunding Convention ( GCC ) http://thegccworld.com now in entering its 5th year. It is hosted every year in Las Vegas NV. Ms Hedges is the founder of http://CrowdfundingCRM.com the industry’s first Marketing Automation CRM and Social media platform built for Crowdfunding and Crowd Financing. 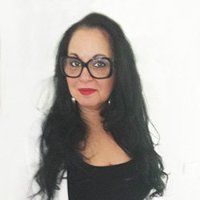 On top of all of that – everything that IS crowdfunding thunders in Ruth’s head.

Brace yourself for an information-packed hour that could be the equivalent of a whole semester at crowdfunding college including:

Listeners are in for an extra bonus — seriously deep discounts on GCC World 2016 tickets are available for those paying close attention.

Everybody should pay close attention to every word Ruth has to say.  I’ve said it before and I’ll say it again – I’d pay good money just to hear Ruth mumble in her sleep.  This incredible woman is one of the most precious resources in the world of crowdfunding.