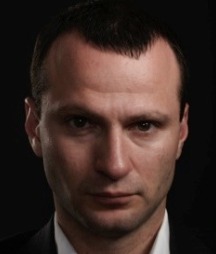 Alex Feldman is the driving force behind CrowdsUnite.Com and has an impressive string of achievements. Alex was featured on the January issue of Entrepreneur Magazine for his accomplishments in the crowdfunding industry. His writings about crowdfunding were published on major websites such as crowdsourcing.org and Crowdfund Insider. He educates government agencies like NYC Business Solutions and Small Business Development Center on Crowdfunding. He spoke on crowdfunding conferences, panels, and teaches workshops. Prior to CrowdsUnite, he worked for investment banks Lehman Brothers and Barclays Capital. He holds an MBA from New York University.

In this crowdfunding podcast Howard and Alex run the range of crowdfunding topics.  Here’s what you can look forward to:

This article was posted in Podcasts and tagged crowdfunding podcast, podcast.
Scroll up