Building a Crowdfunding Campaign for Clothing

Let’s give a warm welcome to guest blogger Hayley Cantor!

Hayley is a Graphic Designer and Content Writer at Printsome based in the United Kingdom. At work she dabbles in a wide range of fields including illustration, live video art and psychology. In her spare time she trots around the globe with a backpack and swings about in a hammock. Hayley, take it away… 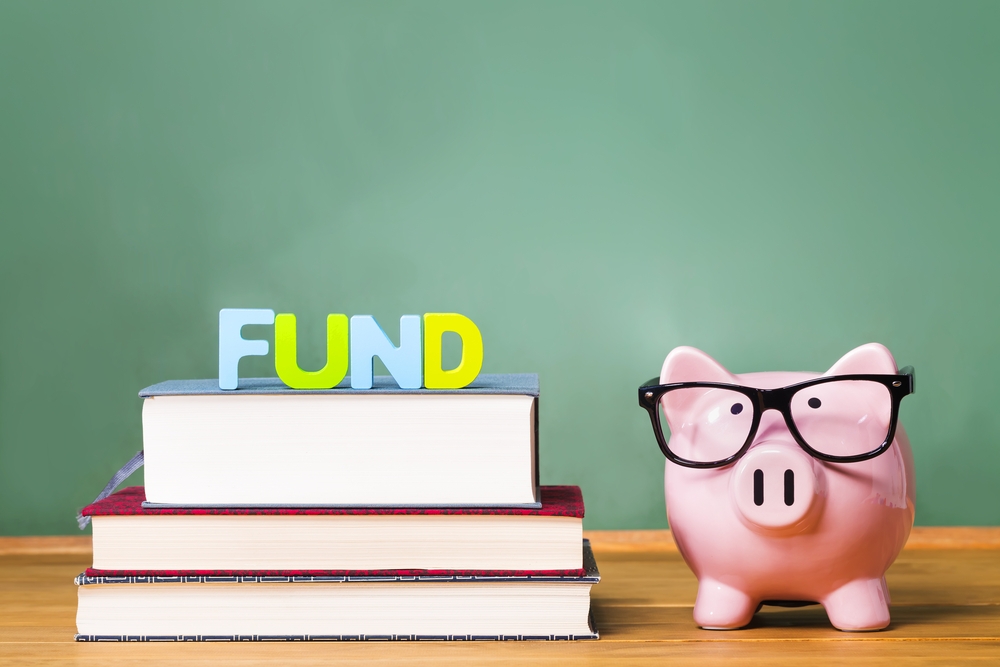 What’s your favourite part of shows like Dragons’ Den or The Apprentice? The innovative ideas? The arguments? I personally enjoy the cutting criticisms and harsh feedback. If you, like me, get a kick out of watching prides and egos of CEOs get ripped to shreds, you will no doubt have enjoyed these programmes! (Yes I’ve been keeping up my weekly appointments with my psych!)

The fundamental message of these programmes boils down to this: getting people to approve of a business idea is becoming increasingly difficult. Just put yourself on the other side of the fence. How many times do you give money to street musicians, or those friendly folks coming through the tube selling tissue packets? If you’re not even willing to spend a pound or two in exchange for entertainment or something practical, you can’t possibly expect others to fork out money for an idea which may or may not even take off. And that is exactly what crowdfunding is about.

As a clothing brand, you’re facing even stiffer competition. Just take a look at these statistics; the success rate for projects falling under the fashion category on Kickstarter is one of the lowest – at 23.82%, behind technology, journalism and crafts. 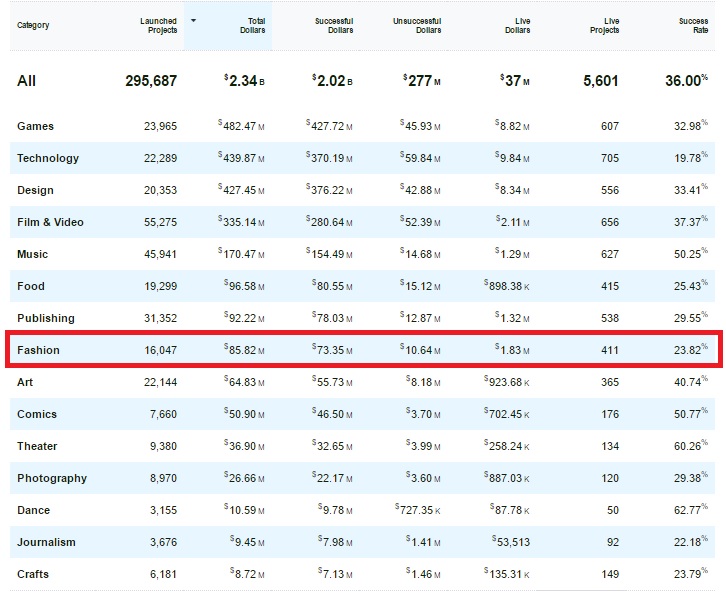 Let’s not forget that this is only Kickstarter’s stats. You still have other platforms such as Indiegogo.com and Crowdfunder.com to compete against. Feeling disheartened? You should – but don’t! For this is exactly why we’ve come up with this post – to help you with your crowdfunding efforts!

Long gone are the days where you can just rely on simple copywriting and photos splashed onto a page to try and reach your crowdfunding mark. If you’re expecting people to part ways with their money, you gotta do more than just convince them. You have to impress, and they’re not going to accept anything less than perfection.

Now the key here is linked to amount of work you put into your idea. As the saying goes, if you fail to plan, you plan to fail. So what do you have to do? Plan. And then you have to plan some more. What comes next? More planning. Now guess what the next step is.

Let’s take a look at two examples of successful crowdfunding campaigns run by clothing brands and how they planned to plan their plan.

Canadian fashion brand Garçon Model set out to get funding for their line of bright-coloured underwear. Within just three days, they’d reached nearly 150% of their initial goal on Kickstarter. What did they do right? There’s of course an aesthetic advantage in using topless models, but there’s more to it. (If interested, you can read their interview transcript here!) 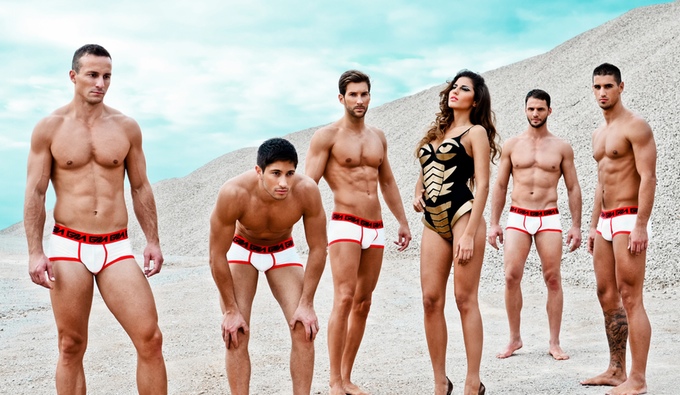 We’ll give you a few seconds before continuing with the article.

Another example is Boston-based fashion start up Ministry of Supply, which raised over US$400,000 on Kickstarter to fund their merchandise: sweat-resistant men’s shirts. Sorry, we’ve got no topless muscled models in underwear here. But if you’re the kind who enjoys more of a tease, you’ll prefer this – businessmen in smart suits. 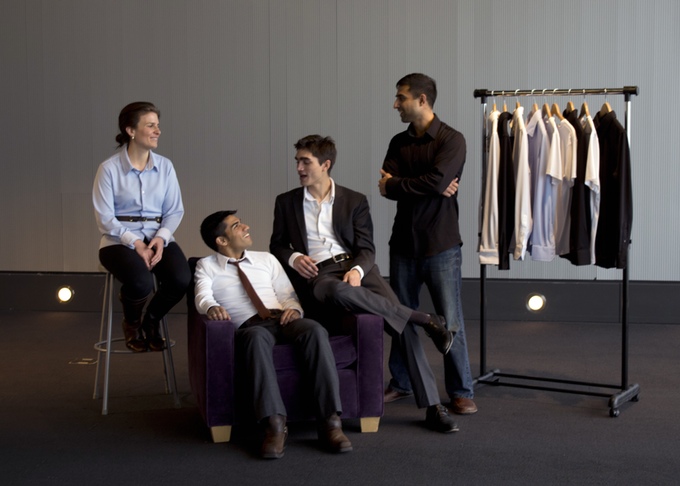 For any crowdfunding campaign to succeed, you require six very basic features – features that both GM and MoS employed in their execution of the campaign. We break them down for you here.

1. Build your list of sponsors before the launch
This may require some time to acquire. Tap into your pool of resources, friends, and family. The purpose of this requires a bit of financial psychology. You don’t want to start cold. Reel in a few sponsors beforehand so they can get the ball rolling with a small initial sum as soon as you launch. This provides a faint smell of success, which is useful to drawing attention to what’s perceived as more valuable and lower risk.

2. Attractive rewards
Both MoS and GM offered rewards that were deemed attractive enough. GM gave their funders a say in product development, and provided free shipping of their underwear. Don’t focus on making a profit. The idea should be to reach your minimum amount to give life to your project. MoS gave their backers a high-tech shirt with armpit ventilation with a minimum of US$45 donation.
Garçom Model’s attractive rewards

3. Interact with your investors!
A crowdfunding campaign is serious business but don’t be afraid to show off your fun side. It expresses your idea’s individualism and character and is a display of passion. After all, if you’re not passionate about your idea/project, how can you expect people to be willing to part with their money to fund you? Here’s where a personal touch could go a long way. MoS had as many as nine dedicated staff working on promoting, updating and engaging with backers. Providing sneak previews and behind the scenes work would help too – make them feel like they know you. Tell your story!

4. Good video
If a picture speaks a thousand words, imagine what a video could do. It communicates your idea and method of execution, which are two main points to reel in funders. GM redid their video as many as five times and MoS themselves also had to completely redo their video at the midway point to better promote their merchandise.

5. Clean up the chinks in the armour
You gotta make sure your product or service is immaculate. There’s no such thing as a perfect product, but you have to be ready to have an answer for any questions that may come up from your potential funders!

6. Delivery
Your crowdfunding page must have character and punch. Words, phrasing and structure are of utmost importance here, make sure they add a certain twang to your campaign. This is your chance to convince. Don’t aim to explain the benefits of your idea but instead the problems it’s capable of solving. Provide them with a reason to invest.

7. Aesthetic execution
This is also where web design comes in. If the page isn’t pleasing to the eye, you’re going to lose your potential backers right from the get go. Hook them in with a good design and layout of your page. If that requires professional photography or a top notch web designer, do it. The trade-offs will be worth it.

The work however doesn’t stop when the campaign ends. It’s important to return the favour, which you can take as an opportunity to connect and network with those who have sponsored you, and make sure to back them up if and when they need it too. You don’t have to be a believer of karma to know that what goes around comes around!

In a nutshell, the basis of all successful crowdfunding projects is planning. And that comes from a plan. Make sure you have everything sorted before you launch the campaign. Your top two takeaways from this blog post should be to plan and plan even more. I’ll let it go if one of your takeaways is the drool-inducing hot blokes in Garçon Model’s campaign.

Have you ever attempted running a crowdfunding campaign? How did that go? Do you have any other suggestions on what a successful campaign should have? Let us know, we’d love to hear your feedback!