Yes – but only after you’ve exceeded your crowdfunding goal by a comfortable margin.

Otherwise the answer is no.

An emerging crowdfunding success strategy is for a successful crowdfunding campaign to leverage existing success to draw in more and more backers vis a vis the snowball effect.

I saw this once before with a Kickstarter campaign (whose name escapes me). I recently started seeing ads for their project all over the Internet on lots of the websites I visit. I quickly realized they were KILLING their crowdfunding goal and had a very large amount of cash far over, above and beyond what they were shooting for. They very wisely decided to reinvest some of the cash from their war chest on buying ads to promote their project to the general public. While I can’t say for certain if their crowdfunding advertising strategy worked in terms of dollars spent compared to new crowdfunding dollars raised but I can tell you they did raise more and more money every day.

I scrambled looking for the ad again with the hopes of getting a screen shot. Their campaign was ending that day and they wisely decided to stop the ad campaign. So I missed out.

Yesterday I saw an ad for the Oomi on Indiegogo on FoxNews.Com served up by GoogleAds… And this time I took a screen shot… 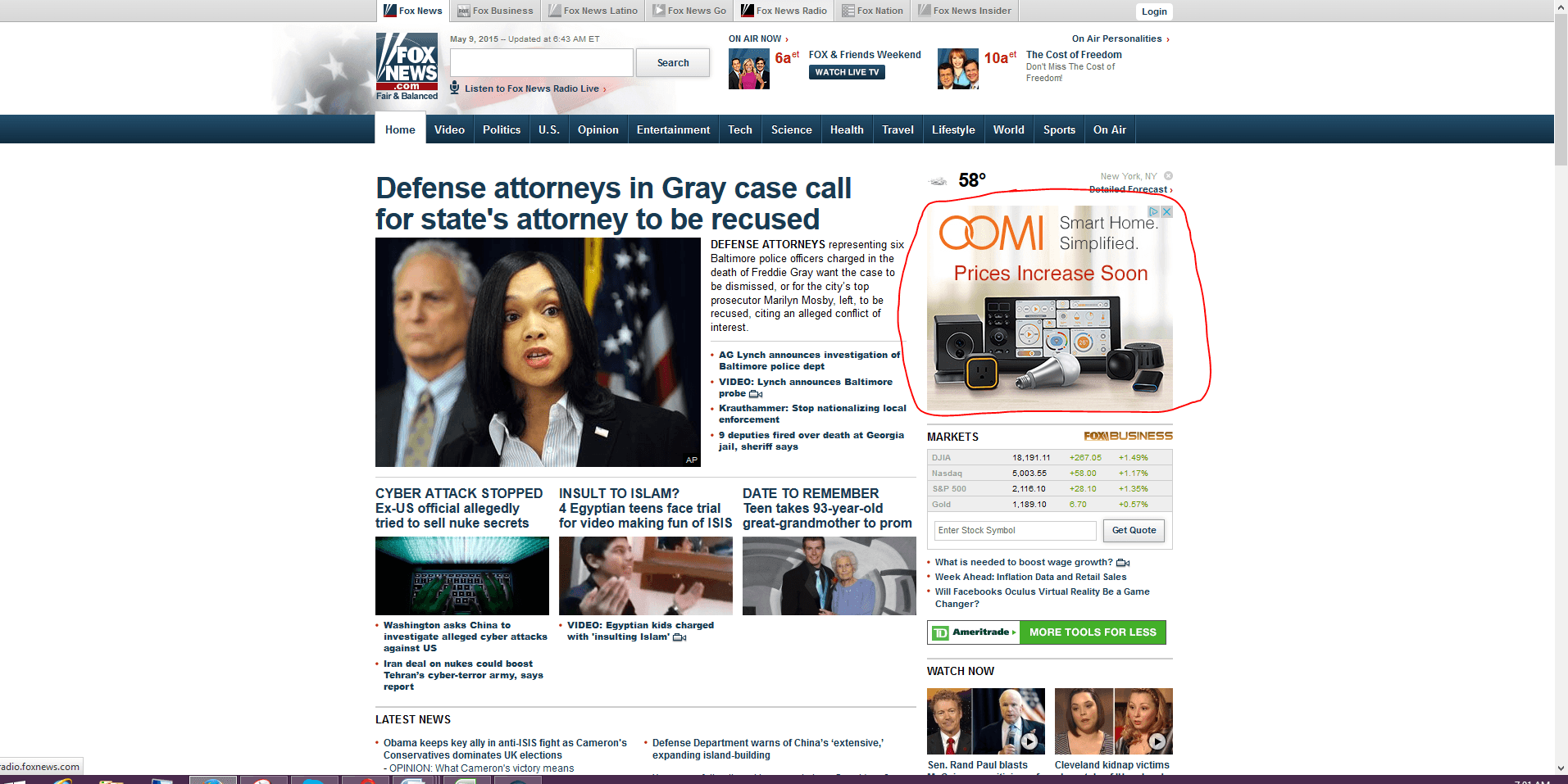 Full disclosure time: Ooomi is a client of ours and has received all of the benefits of our crowdfunding promotion services. Fuller disclosure time: When they hired us they had already raised $375,000. At that juncture it seems the Oomi team decided to take some of that crowdfunding money and spread it around a little to make even more — and it worked. 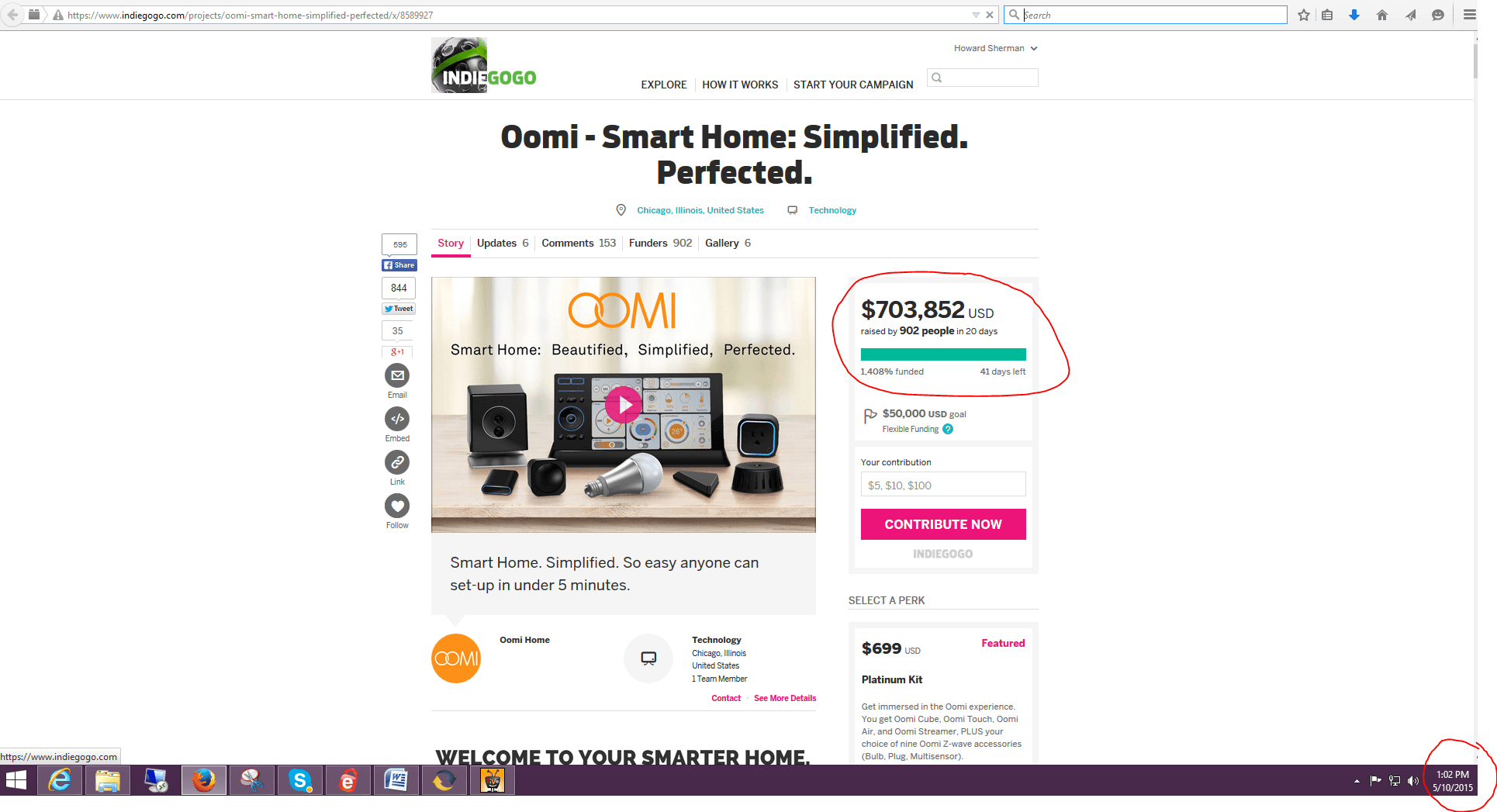 So when you consider your crowdfunding advertising strategy leave the paid advertisements for later — much later — if you’ve reached the point that you’ve exceeded your crowdfunding goal by a comfortable margin. Then definitely pay for some ads to draw in even more people from completely different sources. It’s a sound tactic with three key points in its favor:

1) What have you got to lose? If your crowdfunding goal is $50,000 and you’ve raised over $375,000 (like Oomi) there’s every reason to invest some of that money in a multi-pronged crowdfunding advertising campaign.

2) You can raise a lot more money. When Oomi launched their GoogleAds campaign they opened the door to reaching potentially millions of people across the Internet in ways that no other method – not even ours – could. However, GoogleAds can get VERY expensive VERY quickly – which is true of any impression-based and pay-per-click advertising platform. That requires daily diligence to monitor your daily advertising expenses and the results you’re getting for all of that money. An aggressive online ad campaign can easily and quickly rack up more charges in a single day than our highest price crowdfunding promotion service – Our Ultimate tier of service at $599.

3) You can build your brand. Oomi is clearly on the brand-building bandwagon here. They’re looking at the long term view of Oomi being as recognized a name as Roku in the sense of the “cool factor”, the ease of use and the relatively low cost to deliver high performance smart home automation.